Rigby and Rigby’s 100 in 10: Work starts on site in Kensington As work begins on site in West London, Rigby & Rigby has revealed more details about the firm’s ambitious and stunning 100th project.

Rigby & Rigby’s award winning team of RIBA architects have worked with the client and design team on the transformation of a Grade II listed family home in Kensington, an exclusive tree-lined avenue tucked between Kensington Palace and Holland Park, through extensive restoration and a modern and distinctive basement redevelopment. The project is Rigby & Rigby’s 100th development and marks the firm’s tenth year in business.

The designs for the basement extensions, which extends almost to the property’s boundary, include a subterranean swimming pool, and a car lift whilst the rest of the home will benefit from extensive restoration and redevelopment. In total the project adds more than 2,000sq.ft to the home, taking it from 6,650sq.ft to 8,850sqft.

Rigby & Rigby Design Director Iain Johnson said: “There was an existing planning application in place with the Royal Borough of Kensington and Chelsea when we were appointed. By working closely with the planners, using the respect we had built up with them over the years, we were able to enhance and extend the plans for the redevelopment of this property, which will sympathetically enhance the property’s listed status and respect the local vernacular while, at the same time, creating a bold and contemporary family home. “Our International client who now lives in London, is really inspiring to work with. He is a fan of clean, contemporary modern architecture but also recognises how important and valuable the historical property is as part of the existing urban fabric of West London.

“We are working with a range of specialists on this project, including conservation architects and restorers who will care for key historical aspects such as the external façade of the property and internal features, such as the original coving and moldings, which will be cleaned and restored to its former glory. What we are creating is a unique synthesis between London’s historical architectural heritage and the clean contempoary lines which appeal to the client.”

With planning permission granted, the Rigby & Rigby team have moved on to site and the basement dig is about to begin along with the removal of an unsympathetic and dated current extension and a careful programme of strip out works in the main house to enable the labour-intensive process of restoration to begin. Due to complete in late 2017 Rigby & Rigby will be sharing the journey of this milestone development through an exclusive visual project diary and, as part of this, a time lapse camera has been installed on site to capture the transformation of the property. 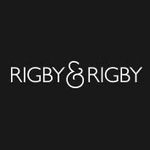